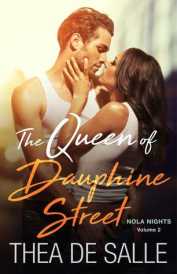 Thanks so much to Netgalley and Pocket Star for providing me this ARC in exchange for an honest review.

Plot: Madeline Roussoux screams extravagance: she’s got money, houses, a private jet, a cruise ship, and a pet tiger; not to mention she’s gorgeous and hella sexy. Everyone in the social scene knows who she is. None of this takes away from the fact that she’s got some demons to deal with- growing up a lonely child in a noveau riche family, watching her father commit suicide and her mother subsequently having breakdowns, drugs, rehabs, failed marriages- and is wrecked on the inside. Darren Sanders is a stunning looking man, oozing Texan charm and a giant heart. While trying to get away from his stalker ex-girlfriend, he meets Maddy in New Orleans through a mutual friend, who offers to take him on her boat when there’s an attempt made on his life.

Thea de Salle has given us another hella entertaining and hella sexy book, balanced with a story centering trauma survivors. The PTSD content is not in a savior complex way, in that nobody is getting cured of their traumatic experiences by virtue of being in a romantic relationship. Instead, Maddy is able to harness her experiences and coping mechanisms to help Darren out when he is struggling. I love that the author took the time to detail what Darren’s panic attack looks like and include a conversation about it after. Of course, it’s never the same for everybody, but the book doesn’t shy away from the fact that the characters are trauma survivors. The story isn’t morbid, and offers hope to readers in the end.

Maddy and Darren are just so wonderfully fleshed out in this book.We were introduced to Maddy in the first book in the series, and she’s such a vivacious, flirty, fun, and kind person. She’s well-versed in kink as a Dom, and absolutely owns her sexiness and sexuality. I love a woman who knows what she likes and how she likes it and has no qualms about owning it. She’s also super aware of her privilege and how people perceive her, but that doesn’t stop her from living her life. She has a friggin’ tiger for a pet, for crying out loud. It’s hard not to love her. And then there’s Darren. Oh my god, Darren with the dad jokes. I AM DEAD. Ugh I’m such a sucker for dad jokes you guys, and even though I didn’t ship these two in the beginning of the book the dad jokes pushed me over the edge. They’re hard to resist. Oof. He’s just…such a dork. I love it.

It was also great to see some of my favorite characters from book one make an appearance in this one. Sol and Rain (my loves), Vaughn, Alex, Cylan (still mercilessly teased by Sol all day everyday), and Tempy (she’s just so badass I want her book  so much). Sol and Rain are still so in love, and I also love that Darren and Maddy are so appreciative of that couple in their own way.

This book is a great mix of adorable and goofy and sexy, and such a great sequel to the first. I love all of these characters from this series so much and I would love for each of them to have their book. The next book in the series is going to be Alex DuMont’s, and he’s such a curmudgeonly bastard it’s going to be such a delight to see pages and pages of that, it is going to be a testament to my patience.

It is the end of June, and half a year has flown by. I don’t even understand how that happened, but I know all of us are wondering the same thing, so I’ll just let us all sit with it for a minute. Instead, let’s dive into the book data:

Read My Own Damn Books: 5

Read The Books You Buy: 4 out of 5 of my own damn books were ones I bought in June.

Compared to April and May, this was a relatively low month of reading. I think it’s mostly because my supposedly free weekends turned out to be unexpectedly jam-packed, so not a lot of reading happened over weekends. Also, I haven’t had the urge to pick up a comic all month, though I’ve got them all downloaded and waiting on my kindle. Maybe I’ll be inspired when Ms. Marvel Volume 5 arrives at my doorstep.

Meanwhile, I have squared away this long weekend to hibernate and read, and have even curated a stack. So many exciting books on the docket. I’m also figuring out a way to be more organized about my blogging. I have a few non-review posts about reading in mind, but have been hesitant to roll them out yet. If you guys have any tips on how to blog more effectively, and what kind of content you would like to see, I would really appreciate your thoughts.

What’s everyone else got on their stack?

Shrill: Notes From A Loud Woman

This is probably one of the most relevant and important books of the year. I got to see Lindy speak at the Printer’s Row Lit Fest a few weeks before I read the book, and I had heard about it so much but did no research before going to see her speak. She’s funny, she’s unapologetic, she’s honest. This memoir is a compilation of essays in which Lindy discusses and breaks down this prevailing culture of fat-shaming, internet-trolling, harassment, and good old-fashioned sexism. The titles of the essay had me snort-laughing, its content did not. Lindy gets real and gives no fucks. She talks about growing up as a fat girl, having to make herself smaller, tinier, quieter- because that’s such an ingrained ideal trait across cultures for women, and I related so much with that. It’s that terrible intersection of being a woman and being fat. There’s just no winning, because people would rather die than be some obscenely fat and ugly. They also think you should die because you are a smear on everything our society is working towards- to be thin is to be beautiful.

END_OF_DOCUMENT_TOKEN_TO_BE_REPLACED

It’s Monday, What Are You Reading? is a weekly meme currently hosted by The Book Date. It’s a place to meet up and share what you have been, are and about to be reading over the week, and add to that ever-growing TBR stack.

END_OF_DOCUMENT_TOKEN_TO_BE_REPLACED

This fun bookish meme is hosted by MizB at Books And A Beat. The rules are pretty simple: Grab your current read, open a random page, and pick two teaser, non-spoilery sentences to share from that page.

Here’s mine for this week:

“We are biology. We are reminded of this at the beginning and the end, at birth and at death. In between we do what we can to forget.” 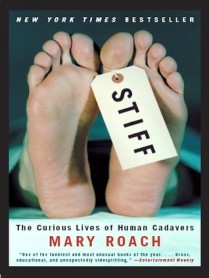 This book is so fascinating, and I’m loving it on audio. Yes, it is my first Mary Roach book. I don’t know what took me so long.

What are you guys reading?

It’s Monday, What Are You Reading? is a weekly meme currently hosted by The Book Date. It’s a place to meet up and share what you have been, are and about to be reading over the week, and add to that ever-growing TBR stack.

FINALLY a week where I got some reading done. Last week, I finished Homegoing by Yaa Gyasi which I loved, The Nest by Cynthia D’Aprix Sweeney, which I was very apprehensive about and surprisingly enjoyed, and Shrill: Notes From A Loud Woman by Lindy West which had me in tears from a myriad of emotions.

Over the weekend, some friends and I got together for a day trip to Indianapolis, primarily to visit Books & Brews. Beer is cheaper in the rest of the Midwest, you guys. We had such a good time, and were really annoyed that we missed going to the Vonnegut Library. Oh well.

Here’s what’s on the roster for this week: 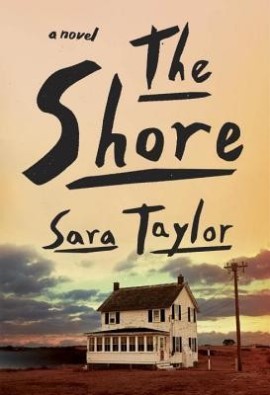 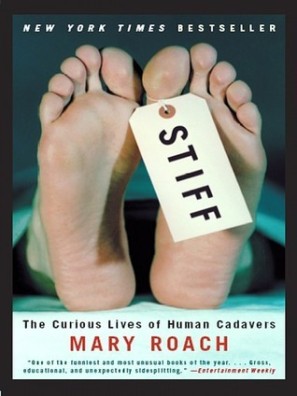 What have you guys been reading?

Or…how I devoured 200 pages of a book in a day so that I could gush about it at book club the next day.